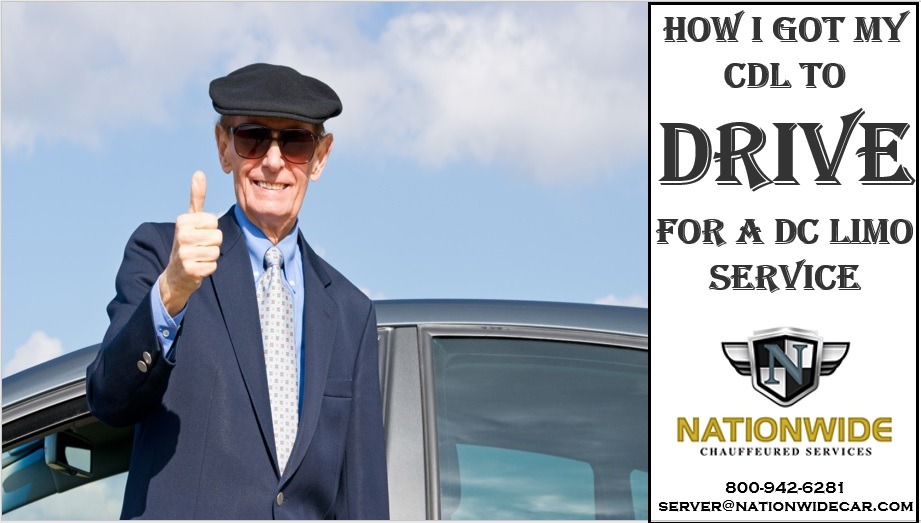 There are a few things you must have if you’re going to drive for a DC Limousine Rental service. The first is a lot of class. The second is killer reflexes behind the wheel. The third is a commercial driver’s license (known by the commoners as a CDL).

I got my CDL when I was twenty-five. That’s young for a limo chauffeur, but all I’d ever wanted was to drive for a DC limo service.

Before I could get my CDL, I had to take a written test. It was 50 questions long, with an extra 20 because I wanted to drive passenger vehicles for over 16 people. I was a little nervous until I learned the DMV provided sample tests that you could print out and take as many times as you wanted. I took mine 14 times.

Do you think I passed? Come on, guess. I’ll wait.

Considering that I now drive for a DC limo service, you should’ve been able to guess that I passed on the first try.

Well, I did miss that one question about what to do if I turn a poor woodland creature into road kill, but I just figure not hitting things will take care of that. It’s worked so far.*

I was only allowed to practice driving with a DC limo service driver who already had his CDL. That was my friend, Bradford. Bradford bravely rode shotgun while I learned to maneuver our limos, our mini bus, party buses, and even our big coach tour bus.

You should’ve seen me the first time I drove that big tour bus. I had never been so high up off the ground in a vehicle. I kept saying, “I’m the king of the world!”

And Bradford said, “You know the Titanic crashed, right?”

After that I decided on a new rule. No Leo impressions behind the wheel.

He also took me through all the bullet points I had to meet to get my CDL. There were many more requirements than I needed for my state DL. It wasn’t only the expected things, like being 18 years of age and passing a vision test. There were a lot of questions about my personal health and identity. They wanted to be sure—really sure—that I was a good guy (and that I wouldn’t drop dead behind the wheel).

Did you know you have to bring your own vehicle to a CDL road test? It’s BYOV.

I also had to bring my own DC limo service driver who already had his CDL. It’s BYODCLSC. That was Bradford.

Bradford and I brought a party bus to the road test. And no, I wasn’t trying to charm my road skills examiner with a party on wheels (that occurred to me; Bradford advised against it). Bradford gave me a lot of helpful tips before my driving test. (Actually, I had to tell him to be quiet because he was stressing me out.)

But I passed with flying colors.

After the test, I asked my examiner if he thought I drove like James Bond. He said he hoped not, because James Bond drives off cliffs and causes explosions. I noticed Bradford do a slow, silent facepalm.

And that’s the story, friends. That’s how I got my CDL and became a fully licensed, highly skilled, super suave DC limo service driver.

* About the road kill thing . . . just kidding! There’s no road kill question on the test! There probably should be, though.

Nationwide Chauffeured Services
server@nationwidecar.com
800-942-6281
We are available 24/7 and have the vehicle to suit your needs!